The number of tourists visiting Japan 2018

TOKYO — The number of travelers visiting Japan is highest in 2018, as did their spending in the country, despite a series of natural disasters that temporarily shut down Kansai International airports.

But the growth rate of both measures slowed significantly, suggesting the economic benefits of inbound tourism may be starting to wane. Spending by those visitors totaled 4.5 trillion JPY  ($41.3 billion) for the last calendar year, according to the data released by the Japan Agency.

Spending per traveler shrank by 0.9% to 153,000 yen, as Chinese tourists have scaled down their shopping sprees somewhat. Consumption per person Chinese traveler decreased 2.9%, with Australians overtaking them as top-spending traveler.

The number of inbound travelers grew by 8.7% on the year to a record high of 31.19 million. Much of the growth came from elsewhere in Asia, with visitors from China increasing by 21.8% and Thailand by 14.7%, the Japan Agency said. The number of international tourists visiting Japan has risen for seven consecutive years, but the rate of growth in 2018 slowed considerably from the previous year’s 19%. A large earthquake that hit Osaka in June and floods in the western part of the country in July prompted many people to cancel trips they had planned.

In September, the number of visitors fell by 5.3% on the year, marking the first decline in almost six years, as Typhoon Jebi and an earthquake in Hokkaido brought airports to a standstill in Osaka and Japan’s northernmost main island, respectively. On-year numbers turned positive again from October, as transportation and related infrastructure recovered. 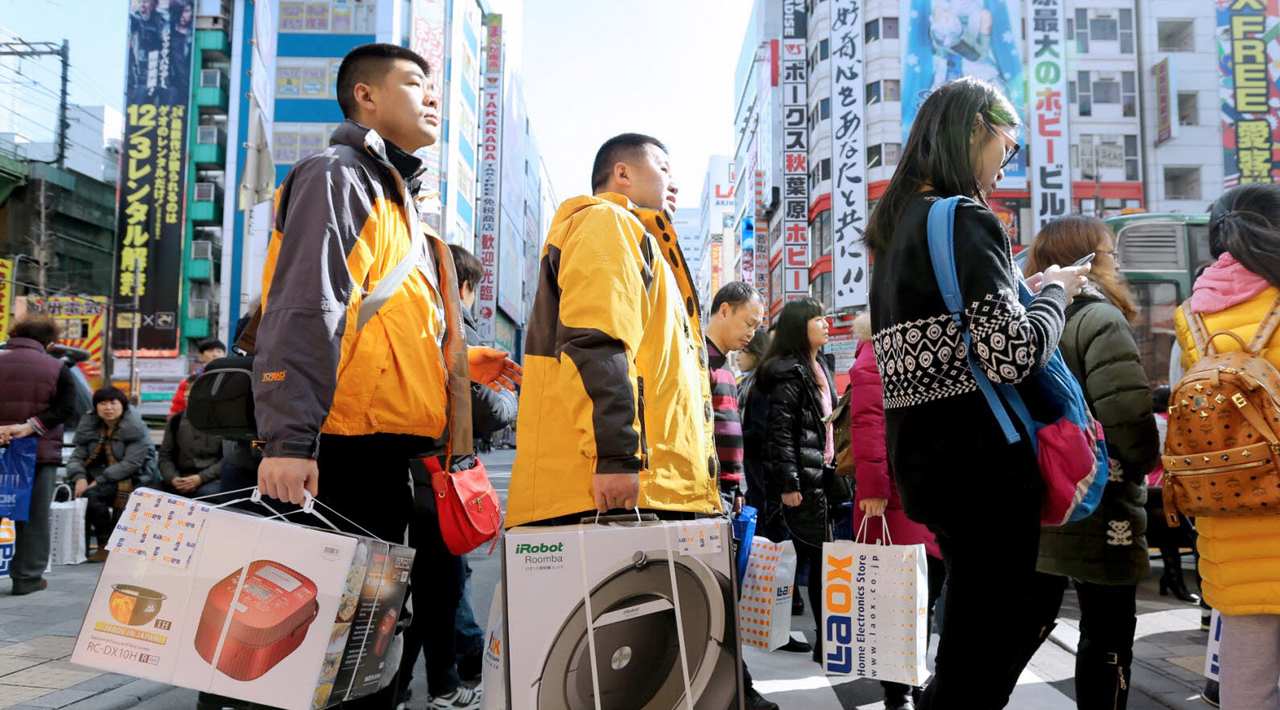 Signaling a shift in tourists’ spending habits, money spent on shopping, which accounts for 35% of total spending, fell 4.5% on the year to 1.56 trillion yen.

In particular, foreigners are spending less at department stores, choosing to scoop up cosmetics instead of luxury fashion goods. The Japan Department Stores Association said per visitor spending fell for the fifth straight month in November, retreating 7.4% on the year to about 64,000 yen.

The Japanese government aims to boosting overall spending by foreign visitors to 8 trillion yen by 2020. But the latest figures seem to suggest the goal remains elusive as that would require each visitor to spend 200,000 yen during a stay.

“The figure will only reach 6 trillion yen to 7 trillion yen at this rate,” said an official from the Ministry of Land, Infrastructure, Transport and Tourism.

The slowdown in consumption is viewed by some as the flip side to Japan’s growing ranks of repeat customers. Chinese are avid buyers, but tend to be more careful with their purchases after their first trip.

Companies are now trying to draw foreigners through services instead of goods. Railway operator Seibu Holdings is starting to develop areas along its railroads to draw visitors who have already been to major tourist destinations, such as Hakone and Mt. Fuji. Travel agency JTB is concentrating on experience-centered offerings like cycling tours. It will increase its lineup of domestic Sunrise Tours for tourists by half this year from 2018.

Dining is another business with good prospects. Colowide and Watami are among the chains of Japanese-style pubs capturing lunch demand from tourist groups by offering banquet facilities.

The number of foreign visitors to Japan has nearly tripled in the five years since 2013. The relaxation of visa requirements, the rise of budget airlines and the depreciation of the yen have contributed to the country’s increased popularity as a destination.

With Tokyo hosting the 2020 Olympics and Paralympics, many analysts expect the 40 million target for next year to be achieved.

The government’s next goal of attracting 60 million annual visitors by 2030, however, is less certain.

Growth in tourist numbers beyond 2020 will largely depend on competition with other Asian countries, according to analysts.

Thailand, currently Asia’s most popular destination, welcomed 34 million people from overseas from January through November, up 7.5% from the previous year, according to the country’s Ministry of Tourism and Sports. More than one-quarter of them were said to be from China. To maintain the growth momentum, the Thai government has introduced measures to attract more Chinese tourists, such as exempting them from visa-on-arrival fees. The country has set a target of attracting 35 million annual visitors. 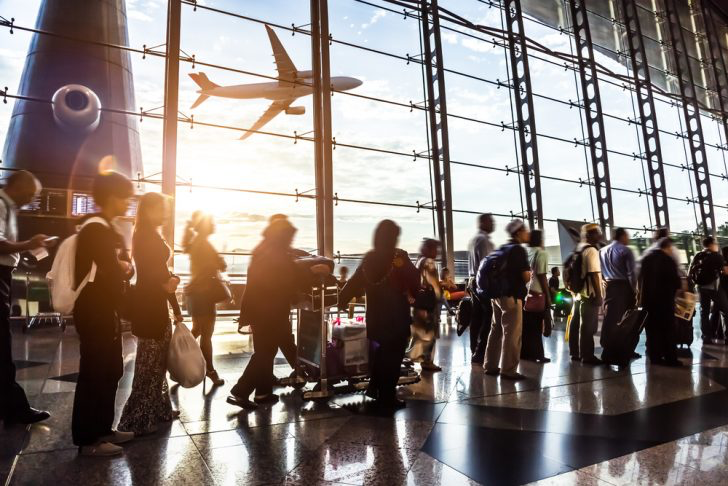 South Korea saw a considerable drop in Chinese tourists after it deployed the U.S. military’s Terminal High Altitude Area Defense system. The Chinese government strongly protested it as a a threat to its national security.

In consequence, Beijing banned group tourism to South Korea in 2017, causing drop of 48% in Chinese visitors to the country. The ban has now been lifted for people in certain regions, including Beijing and Shandong.

Taiwan has experienced similar issues. The number of Chinese visitors to the island dropped from 4.18 million in 2015 to 2.73 million in 2017, and 2.46 million made the trip across the Taiwan Strait in the first 11 months of last year.

Tensions between Beijing and Taipei have risen in recent years. With Taiwanese President Tsai Ing-wen refusing to back the previous government’s stance on cross-strait relations, Beijing has withheld tourist and business travel visas.

“It is clear that the spending per person [in Japan] is decelerating after the explosive shopping spree by Chinese tourists,” said Takayuki Miyajima, a senior economist at Mizuho Research Institute. “But as the number of visitors is now over 30 million, the focus of Japan’s tourism policy should be on expanding tourist spending by prompting them to visit multiple cities and extend their stays.”

Ultimate Japanese Guide offers premium private luxury guided tours of Japan, Tokyo, Kyoto and Osaka. With cabin attendant, each tour can be personally customised, providing a unique opportunity to see most of the beauty that Japan offers. If you need to hire private guide, Please contact us.

The Natural Beauty Of Nikko,Japan

How to use Ultimate Japanese Guide